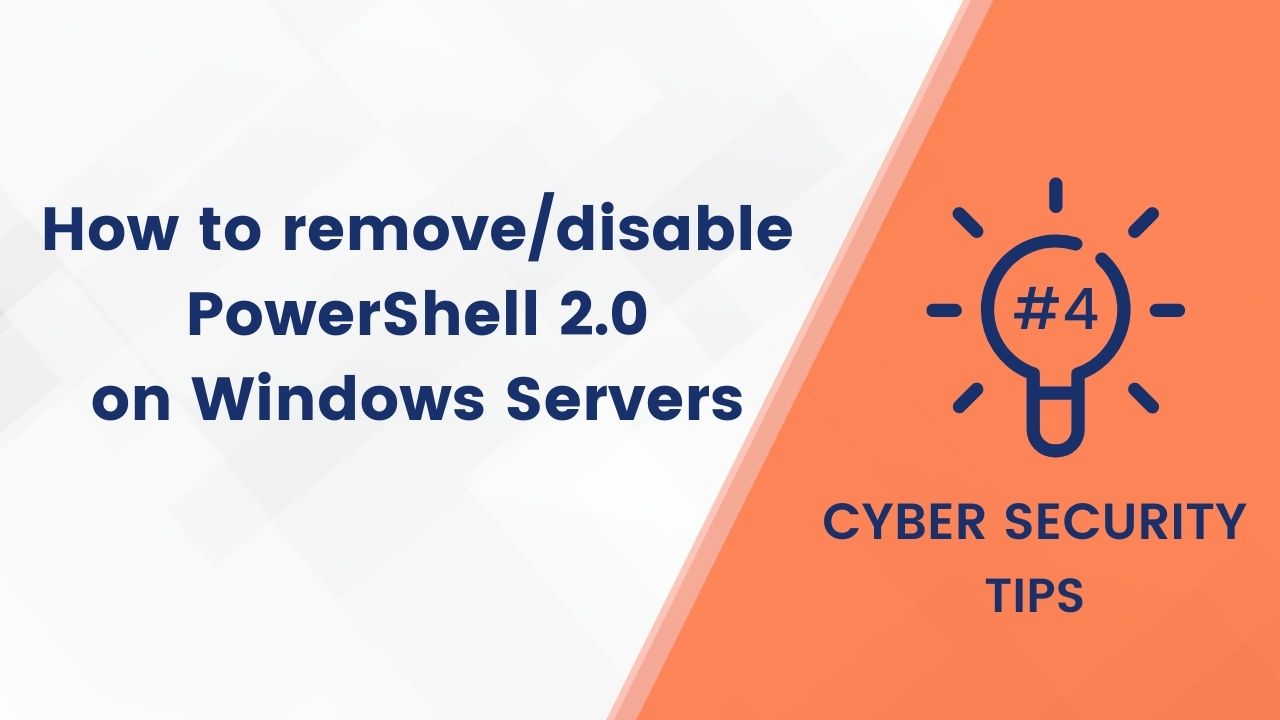 How to remove PowerShell 2 from Windows Server

Microsoft no longer supports PowerShell version 2.0. It will continue to work, but it won’t get patched. Instead, Microsoft wants organizations to shift to PowerShell 5.0, or newer versions. The rationale is that Windows PowerShell 2.0 lacks security protections that have been built into later versions, particularly PowerShell 5.0.

If you are using Windows Server 2016 or later, you should already have Windows PowerShell 5.1.

If you have only PowerShell 2.0 (or prior version to 5) on your computer, download PowerShell v5 from: https://www.microsoft.com/en-us/download/details.aspx?id=54616.

In case you have both PowerShell v2 (or v3) and PowerShell v5 then you need to uninstall any version prior 5:

Windows Server 2016 or later:
Open the “Server Manager”, and click on the “Manage > Remove Roles & Features”.

Note: You can also use PowerShell command (run PowerShell as Admin) and type: